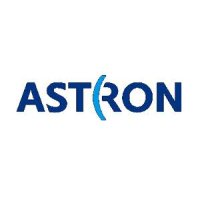 ASTRON is the Netherlands Institute for Radio Astronomy. Its main mission is to make discoveries in radio astronomy happen, via the development of new and innovative technologies, the operation of world-class radio astronomy facilities, and the pursuit of fundamental astronomical research. Engineers and astronomers at ASTRON have an outstanding international reputation for novel technology development, and fundamental research in galactic and extra-galactic astronomy.

On 12 June 2010, Her Majesty Queen Beatrix officially opened the new LOFAR telescope. This telescope will open up a new window on the Universe by observing at very low radio frequencies (30-220 MHz). It is an important scientific and technological pathfinder for the next generation of radio telescopes – the Square Kilometre Array (SKA) – a global project in which ASTRON plays one of the leading roles. ASTRON also operates the Westerbork Synthesis Radio Telescope (WSRT), one of the most sensitive telescopes in the world. ASTRON hosts JIVE (the Joint Institute for VLBI in Europe) and the NOVA Optical/IR group.

AstroTec Holding B.V (ATH) is ASTRON’s holding company, set up to facilitate the transfer of the technology developed by ASTRON for astronomy, to the market place. The valorization of ASTRON technology and expertise is made in collaboration with regional partners and other major industrial players.

ASTRON is an institute of the Netherlands Organisation for Scientific Research, NWO.