Running a modern large datacenter consumes considerable amounts of energy, resulting in the need for a vast array of infrastructure to remove heat. How can we develop sustainable, more energy and cost efficient datacenters? Researchers in Sweden, working at RISE SICS North, have developed a unique European research facility where developing open source technologies and software can be tested. At the IT Room Infra event, they will lift the veil on their approach.

Prof. Jon Summers works at the Research Institutes of Sweden (RISE). Together with his colleagues he participates in a EU Horizon 2020 project. Part of their aim is to use open source software for operating, measuring and monitoring all parts in a modern datacenter. The project also uses open compute project hardware instead of closed proprietary infrastructure. 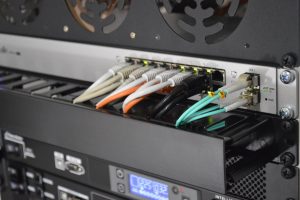 The research is done at RISE SICS North, a branch of RISE, in Luleå. Summers: “All datacenters that RISE SICS North monitors are actually pods, or rooms within a larger room. We are monitoring three pods in one location and soon to be a fourth one in the local town of Boden, but these locations are all in the north of Sweden. The North of Sweden has seen a strong growth in datacenter deployment from around 2011, when the hyperscaler, Facebook, built a large datacenter in Lulea, followed later by a second one and now a third one is planned.”

These pods are closely monitored and can be used as a testing environment: “RISE SICS North has developed a research environment for academics, industry and general researchers to make use of or to develop an environment for research and development around datacenters”, Summers explains. “So the research covers datacenters from the chip to the chiller and from the ground to the cloud. This includes the ability to test methods and ideas around cooling and power of datacenters, but since the institute has many live digital components, servers, switches and storage units (many from donations), it can offer a platform for researchers, developers and industrialists to test concepts and designs in live datacenters. This is something that is nearly impossible to do within commercial datacenters.”

To be able to monitor all the components in a typical datacentre setting, RISE SICS North combines different open source software applications. The focus is on integrating these solutions. Summers: “We’ve developed a platform that uses a chain of open source software tools, namely Zabbix for collection, Kafka for streaming data to and from various other platforms, such as KairosDB/InfluxDB for long term storage of data for post analysis. And Hadoop clusters are used for storage and providing a platform for a number of data analytics approaches to the large volume of data coming from the datacenters.”

RISE SICS North is mainly working on packaging these existing tools together, but the researchers also test using GPUs for a simulation of cooling in datacenters. This has as the potential to create a digital twin of a datacenter.

With all these innovations, RISE SICS North, with their EU H2020 partners, is trying to prototype the most cost and energy efficient datacenter in the world. For building a new 500kW datacenter prototype in Boden, Sweden, local construction materials are being used. Other parties in this project have developed a lowcost cooling system for direct air cooled datacenters in northern climates.

At the IT Room Infra event, on November the 13th in 1931 Congress Centre in Den Bosch, Summers will go in depth in a keynote titled ‘Measuring and monitoring of datacenters for research and development’. Registration for this event is free.