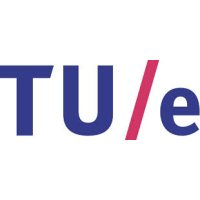 Henk Huisman was born in Gouda, The Netherlands, in 1958. He received the MSc. degree in 1984, and the PhD. degree in 1992, both from Delft University of Technology, The Netherlands. After graduating, he has been employed as a research scientist at Delft University in the Laboratory for Power Electronics and also in the Systems and Control Group. Later he joined CCM (Nuenen, The Netherlands) where he worked on high speed drive systems for flywheel applications and energy management. From 2006 to 2015 he was a staff member of Philips Electronics, Eindhoven, The Netherlands, working on power electronics, mostly for medical applications. In 2015 and 2016 he was employed by ATB Technologies Netherlands B.V., performing research on and design of electronic power converters for drive applications. In 2010 he was also appointed as a part-time assistant professor at Eindhoven University of Technology, where he has been working on the analysis and design of high-precision power amplifiers and resonant power converters. In 2016 he was appointed associate professor in Power Electronics, with a special focus on Electric Drives. His teaching tasks comprise courses on power electronics, on wireless energy transfer and on electric drives.